What's the difference between cast iron and cast steel?

Pure elemental iron is too soft to be useful in most applications. It gets harder, and therefore more useful, when it's alloyed, or mixed, with carbon. In fact, carbon composition is the main distinction between cast iron and steel. Cast iron typically contains more than 2 percent carbon, while cast steel often contains between 0.1–0.5 percent carbon.

Cast iron is relatively easy to cast, as it pours easily and doesn't shrink as much as steel. This means it will readily fill the complex voids in a mold, and requires less molten material to do so. This flowability makes cast iron an ideal metal for architectural or ornate ironwork structures such as fencing and street furniture.

Pouring steel is much more difficult. It is less fluid than molten iron, and more reactive to mold materials. It also shrinks more when it cools, meaning more molten material needs to be poured—typically into an excess reservoir, called a riser, which a casting draws from as it cools.

Cast iron is typically much easier to machine than steel. The graphite structure in cast iron breaks away more easily, and in a more uniform manner. Harder irons, such as white iron, are much more difficult to machine due to their brittleness.

Steel isn't as easy to cut with the same consistency, and it causes more tool wear, resulting in higher production costs. Hardened steels, or those with higher carbon content, also increase tool wear. Softer steel isn't necessarily any better, however—low-carbon steels, despite being softer, can get gummy and difficult to work with.

Iron has better corrosion resistance than steel. However, when left unprotected, both metals will oxidize in the presence of moisture. Given enough time, they'll eventually flake away into nothing.

To prevent corrosion, paint or powder coating is recommended to protect both iron and steel surfaces.

Cast iron typically has better resistance to mechanical wear than steel, especially in friction-wearing situations. The higher graphite content in cast iron creates a graphitic dry lubricant that allows solid surfaces to slide against each other without deteriorating surface quality.

Cast iron is often cheaper than cast steel because of the lower material costs, energy, and labor required to produce a final product. Raw steel is costlier to purchase, and it requires more time and attention to cast. When designing cast products, however, it is worth considering long-term use and replacement costs. Parts that are more expensive to manufacture can end up costing less in the long run. 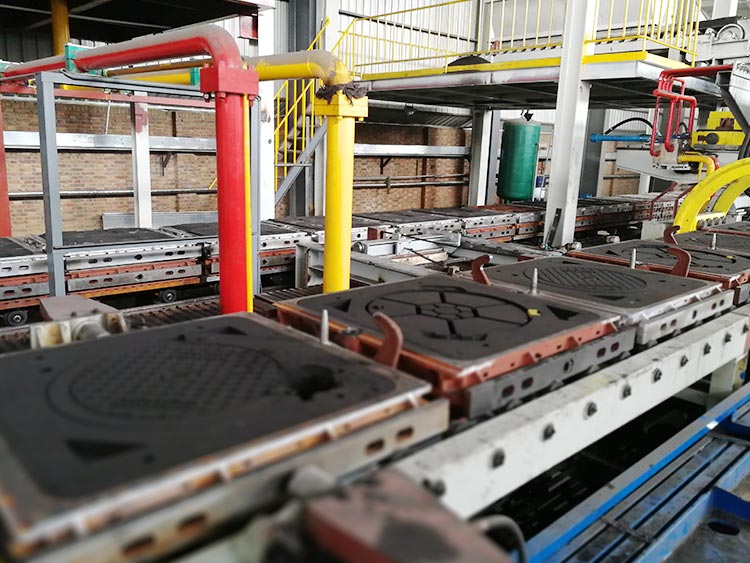