The quality problems of shrinkage are often encountered in the production of nodular cast iron, so we learn and solve them in actual work. Many times, some problems are solved through learning, and there are also shrinking phenomena that are difficult to solve. China cast iron parts factory share for you:

1. Modulus of ductile iron parts. The modulus of the casting is greater than 2.5, which makes it easy to achieve riser-free casting, but some experts have set limits on this and have doubts. Generally speaking, relatively thick and large castings are easy to cast without shrinkage due to the expansion of graphitization. At this time, the carbon equivalent control should not be greater than 4.5% to avoid graphite floating. And the thin and small castings with scattered thermal joints are prone to shrinkage, which can be solved by cold iron, chromium ore or local internal riser settings. Special attention should be paid to the filling of the riser system. Generally speaking, as far as possible, use hot risers to avoid cold risers.

3. The rationality of the process design of the pouring riser. Use hot riser and cold iron as much as possible. Cold riser has very poor effect of shrinking.

4. The cooling rate of the mold.

5. Reasonable choice of pouring temperature and pouring speed. For some thicker castings, you can consider appropriately increasing the pouring temperature and prolonging the pouring speed to solve the shrinkage. At the same time, it is beneficial for the secondary oxide slag to float out of the casting and increase the qualification of flaw detection.

7. In the sand cooling conditions, it is beneficial to reduce the number of graphite balls and improve the mechanical properties.

8. Good raw materials and good molten iron metallurgical quality. Pay special attention to the hot metal not to be held at high temperature for a long time before the furnace is released. At the same time, do a good job of pretreatment to increase the graphite core of the molten iron before the furnace. 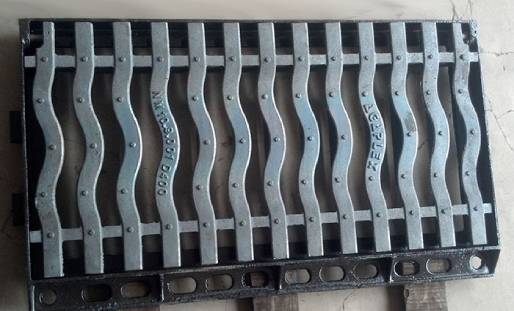 1. A recent report indicates that because nodular cast iron contains magnesium, the actual eutectic point is about 4.4-4.5% when the magnesium content is 0.035-0.045%.

2. The ductile iron composition is selected near the eutectic point, and the molten iron has the best fluidity, so the molten iron is easy to replenish when it solidifies.

4. Mr. Xichai Zhou Qiming pointed out in this year's article "New Progress in Preventing Shrinkage and Shrinkage of Ductile Iron" that the carbon content should be increased as much as possible without the occurrence of graphite floating and the precipitation of primary graphite. My understanding of this sentence: Generally speaking, the larger the hypereutectic, the more primary graphite is produced in the liquid state, which is not good for reducing shrinkage.

5. During the solidification of ductile iron, the time for graphite expansion is controlled to delay the graphitization expansion. In the case of carbon equivalent selection, high carbon and low silicon. Appropriate amount of residual magnesium, correct inoculation and focus on the final follow-up inoculation.

6. Pay attention to the rapid smelting of molten iron, avoid excessive storage time in the furnace at the tapping temperature, avoid excessive melting and heat preservation temperature exceeding 1550 degrees, and loss of a large amount of carbon and crystalline core. Generally more than 10-20 minutes will have to re-process. Even if the molten iron undergoes various inoculation treatments, it also needs to produce carbides and shrinkage, which is difficult to eliminate.

7. After the molten iron is nodularized, it should be poured immediately. It is strictly forbidden to wait too long to cause the nodulization to decline.

9. The greater the ductile carbon equivalent, the wider the crystallization solidification range, and the larger the solid-liquid coexistence interval. During the solidification process, the flow of liquid molten iron is affected by the primary dendrites, hindering the flow and shrinking, and it is easy to form shrinkage. At the same time, the silicon content of the hot metal is high, and it is easy to promote graphite nucleation and growth prematurely. At this time, the graphitization expansion is in the solid-liquid coexistence period, which is not conducive to reducing shrinkage. Therefore, through some of the above-mentioned technological measures, the graphitization expansion is delayed. In practical casting technology work, it is of great guiding significance to solve the phenomenon of ductile iron casting shrinkage.