1. The overall die casting is a metal die casting process that heats the workpiece as a whole and then cools it at an appropriate speed to modify its overall mechanical function. The overall die casting of steel has four basic processes of annealing, normalizing, quenching and tempering. Annealing is to heat the workpiece to the proper temperature. According to the material and the workpiece standard, different insulation time is selected, and then slowly cooled. The purpose is to make the internal structure of the metal reach or close to the equilibrium condition, so that the internal stress of the previous process can be released. Excellent process function and application function, ready for further quenching. Normalizing or normalizing is to cool the workpiece to a suitable temperature and then cool it in air. The effect of normalizing is similar to annealing, but the resulting structure is finer, which is often used to improve the cutting function of materials, and sometimes used for some needs. The die-casting aluminum parts that are not high are used as the end die casting. Quenching is to heat and heat the workpiece and then rapidly cool it in water, oil or other quenching medium such as inorganic salt solution or organic aqueous solution. After quenching, the steel becomes hard but becomes brittle. In order to reduce the brittleness of the steel, it will be The quenched steel is heat treated for a longer period of time at a suitable temperature above room temperature and below 650 ° C, and then cooled. This process is called tempering. Annealing, normalizing, quenching and tempering are the "four fires" in the overall die-casting. The quenching and tempering are closely related, and they are often used in collaboration. 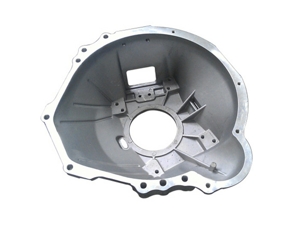 2. The "four fires" are not the same as the heating temperature and cooling method, and they have evolved different die casting processes. In order to obtain a certain strength and durability, the process of combining quenching and high-temperature tempering is called quenching and tempering. After quenching certain alloys to form a supersaturated solid solution, it is allowed to stand at room temperature or a slightly higher temperature for a longer period of time to advance the hardness, strength or electrical magnetic properties of the alloy. Such a die casting process is called aging treatment. The combination of pressure processing deformation and die casting is useful and tightly combined, so that the die-casting aluminum street light cover obtains good strength and resistance. The method of cooperation is called deformation die casting; the die casting in vacuum atmosphere or vacuum is called vacuum die casting, which can not only make The workpiece is not oxidized and does not decarburize. After the treatment, the surface of the workpiece is bright. The infiltration agent can also be used for chemical die casting. Surface die casting is a metal die casting process that only heats the surface of the workpiece to modify its surface mechanical properties. The primary methods are flame hardening and induction heating die casting.